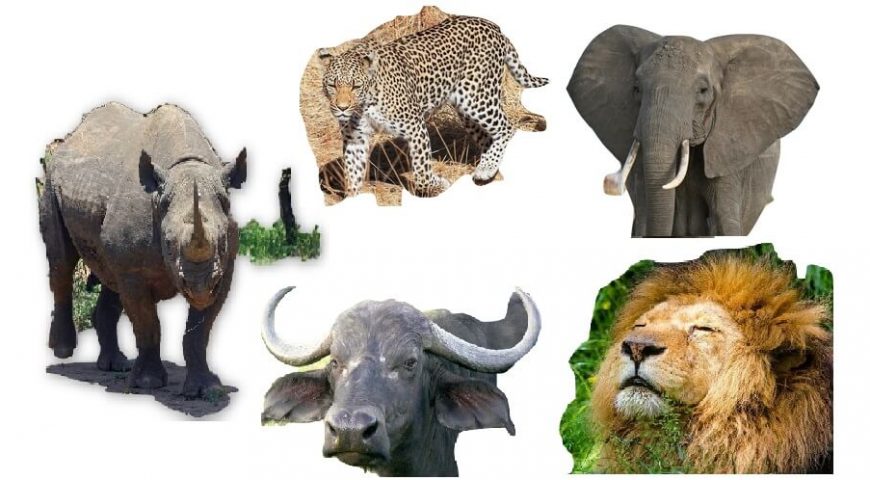 The Big Five Animals in Kenya

This article will look at, which are the big five animals. Why are they called the Big 5 animals? Among other questions that are usually asked on the Big Five.

Many travelers going for an African safari put a high priority on seeing the “Big-Five”. They don’t feel their trip is complete if they don’t see the big 5.

Which are the big five animals?

The big five animals are;

Why are they called the Big 5 animals?

These animals were called the big five animals by the big hunters of the last two centuries. They named them ‘big 5’ animals as they were considered dangerous animals to hunt. This is because these animals fought back when they were being hunted.

What is the Big 5 on safari?

When selecting a Kenya Safari Holiday or Africa Safari, the term the ‘Big Five’ will always crop up and this term refers to Africa’s most popular wildlife which is the lion, leopard, Cape buffalo, African elephant, and rhinoceros

Below are the Big Five Animals African elephants are large in size. It is the world’s largest and heaviest land animal. The elephant can grow up to three meters in height.

Elephants are known to be social animals. A herd will usually have a matriarch with immense cultural knowledge that leads the herd, chooses its direction and pace, and keeps it under control.

An elephant has the longest gestation period of all land mammals at 22 months. It can give birth to calves weighing 120kg! 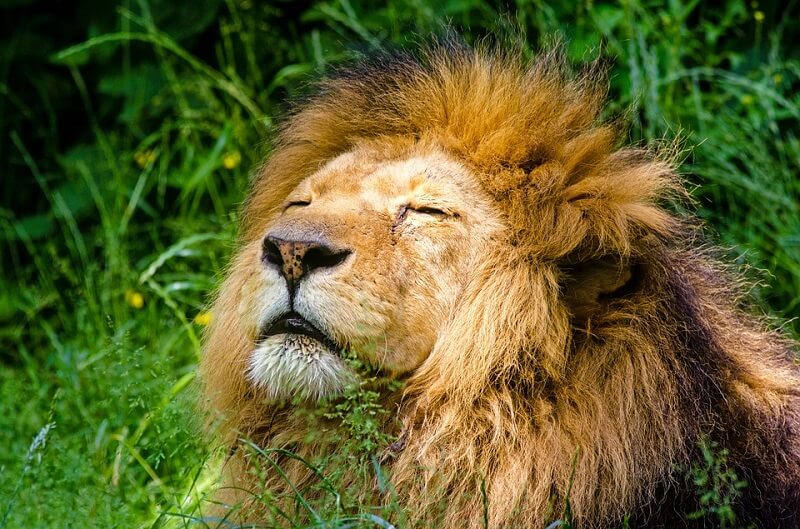 The African Lion is frequently called the king of the jungle as it is the fiercest and largest predator on land. The African Lion can be found roaming the savannah grasslands and open plains of Africa.

It preys on zebras, giraffes, impalas, and other herbivorous especially the wildebeest. The African Lions tend to live in groups called pride. The Male lions are easily distinguished from female with their shaggy manes and are generally much larger.

The females do most of the hunting, while the males just relax and wait to help themselves, even when there are cubs in the pride.

The Lions spend most of their time sleeping. 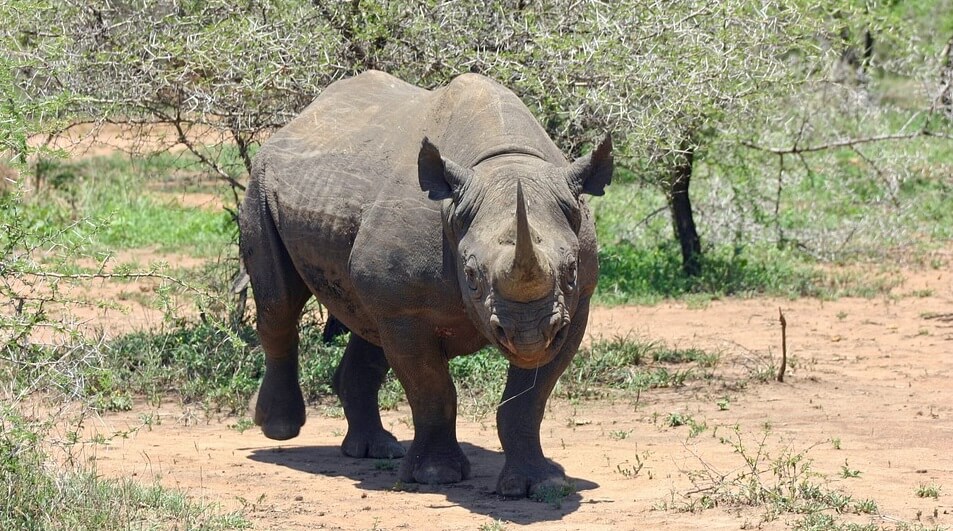 The Rhinoceros are endangered species. Spotting them in the wild is rare. There are two types of rhinos, black and white rhinos. The white rhinos are much larger than the black rhinos and are more common.

The Rhinos are herbivorous and nocturnal. They feed at night and rest during the day.

A Rhino’s gestation period is 16 months. The African buffalo is possibly one of the most dangerous animals to humans in the big 5. These animals are very protective and territorial. When threatened they are known to charge. The buffalo are normally found in groups and large herds. Most of their time is spent grazing, can spend eighteen hours a day foraging and moving around in herds. They are found in the savanna and flood plains. 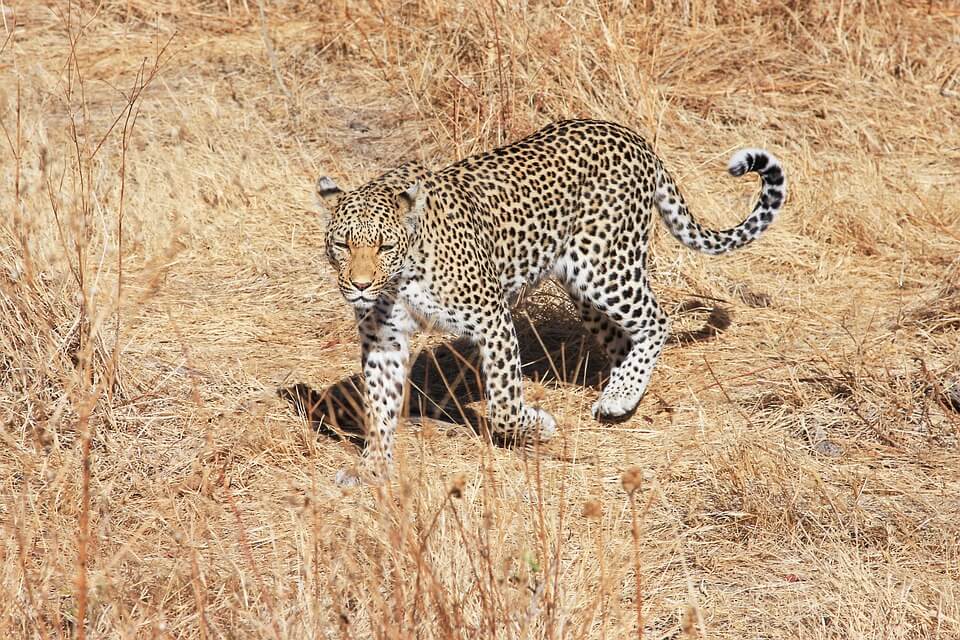 Unlike The lions, African leopards are anti-social loners, they are almost always found alone. They are usually difficult to trace and hunt during the night. The leopard preys on a wide variety of species from rodents, and reptiles, to birds and mammals, which includes antelopes as large as elands and even giraffes.

Why Travel With Us